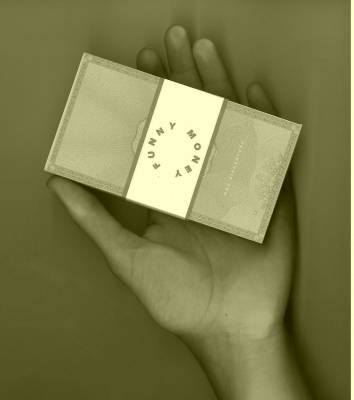 A lot of westerners and white Africans want to photograph the locals in Africa. Unfortunately, the truth is that they rarely want to document the reality of the person in front of them, rather they want a photo that reinforces their ‘idea’ of a stereotypical ‘African’. It is common place for photographers to pay these people for a photo, this gives them the power to instruct their subject on how they want to portray them; simultaneously turning the photo into a lie that exploits the individual, their culture, their tribal history and perpetuates derogatory stereotypes. The temptation of easy money (in countries where poverty is rife) is why these people usually agree to pose for the photos as dictated by wealthy westerners. They rarely get the opportunity to pose for a photo as ‘themselves’, the way they would choose to be seen if they were asked.

Max Siedentopf is a white Namibian who now lives in the Netherlands. On his last visit home he took 100 Euros and exchanged it for 1700 Namibian dollars. He asked locals if he could take their photo, if they wanted money in return Max let them name their price without any bargaining. They were free to pose any way they liked. His only request was that the money had to be part of the photo so that the ambitions and transactions that inspired the image were clear. How they were portrayed was completely up to them and he didn’t direct the photo in any way. The series was finished when Max ran out of money. This book shows how much fun and photos 100 Euros will get you in Namibia.